Places to visit before you die #1

I am not a great traveller.  I never left England until I was 21 when I went on a field trip to Swansea, and never ventured overseas until a day trip to Calais in 2000.  But ever since then I've been going abroad most summers and usually to Florida since my sister in law lives there.

In 2009, we went from Florida to Utah to visit Zion Canyon National Park.  It is nowhere near the most famous of the national parks in the USA but it is one that I say everyone should visit.  And, no, I'm not in the pay of the US National Parks service.  I hadn't even known it existed until my brother in law suggested it but I'm definitely glad that he did.

We flew from Tampa International to Las Vegas and took a hire car from there to the small town of Springdale which sits at the south west entrance to Zion Park.  We stayed in a nice Best Western, walked along the main street and in and out of the fossil shops.  For a long time fossil collector like me, it was heaven.  There was too much choice but I came away with a few nice pieces including an example of my all time favourites, a trilobite.

A map cannot do justice to the park.  For a start, reality is in 3D and Zion is in abundant 3D.  The slow moving Virgin River has cut a deep and beautiful scar in the Earth's surface here, slicing through the rocks and laying them out on display.  It is truly breathtaking. 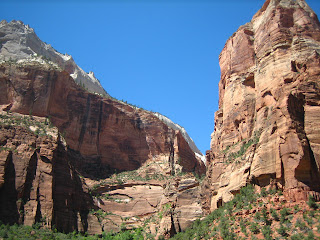 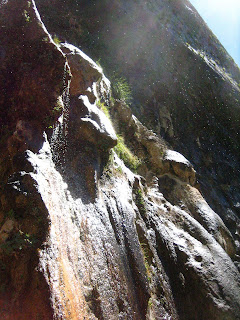 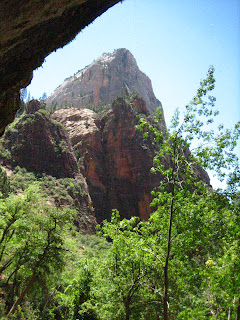 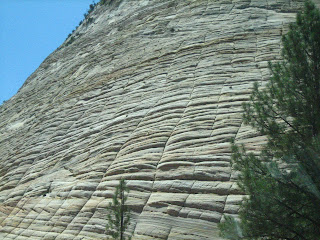 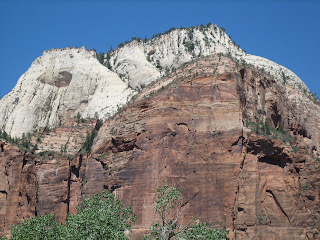 Thanks to digital photography, I took hundreds of images of which the above are some of the best.  The second last shows some spectacular cross bedding which shows the environment in which those layers were deposited was a desert with lots of dunes.  These photos don't do the place true justice - you have to go there.

And you can do some hiking while there.  We took some of the less strenuous trails which took us some way into the less civilised, more wild areas.  We could have gone further.  One trail ended up on top of one of the peaks, looking back down.  No thanks.  I learned afterwards that, only a couple of days before our arrival, a tourist had fallen to her death from that trail.  But you don't need to put yourself in any danger to appreciate the park.  Just stick to the central road, hop on and off the bus and look around you.  Oh, and you'll need water because, (1) it was hot, and (2) your mouth is open most of the time in awe.

Finally, here are some professional photos that will give you jaw ache: 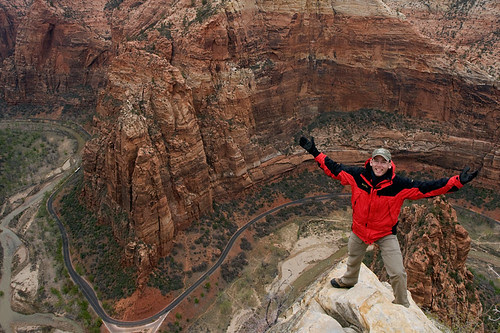