There is an assumption, sort of, made by those searching for extra terrestrial life that planets must be common.  It's just that they are fiendishly difficult to find.  After all, imaging the discs of stars is hard work, because they are so incredibly far away.  In Douglas Adams's famous passage: Space is big.  Really big.  You just won't believe how vastly, hugely, mind-bogglingly big it is (The Hitch-Hiker's Guide To The Galaxy: The Original Radio Scripts, Douglas Adams, Pan, 1985).

Well, since the first exoplanet was discovered in 1988, there have been a total of 721 confirmed discoveries as of 12 January 2012.  That's quite a few, but peanuts compared to the number of stars there are in our galaxy (billions), or even compared to the number of stars that we might reasonably expect to detect these planets around.  At least 385 stars have confirmed planets around them, beyond our own, homely Sun that is.  So it is beginning to look promising that our SETI friends have places to look, rather than just scanning the inky blackness of space in hope rather than expectation.

Now comes more exciting news indeed.  Possibly all stars have planets.  Perhaps, but it would be impossible, at least on a practical level, to prove, but a survey of the sky using gravitational lensing techniques (using one massive body closer to Earth to bend the light of those objects further away but close to the line of sight) has proposed just such a conclusion.  Planets might be everywhere.

This result is interesting because it is one of the few parts of the famous Drake Equation that can be tested and measured: what proportion of stars have planets.  The equation (lifted from http://www.setileague.org/general/drake.htm) is:

N = R* fp ne fl fi fc L
where,
Plug some numbers into the terms and you can come up with some idea of how many "communicating civilisations" there might be out there.  As you can see quite easily, the Drake Equation, named for Frank Drake who coined it in 1960, is not about a definitive answer but about narrowing down the field.  And we have narrowed it down considerably since 1960.  And it is the second and third terms on the right side of the equation that exoplanet research can really answer.

So it looks as if fp is 100%.  And that Gliese 581 c is rather important.  It is a claimed Earth like planet, the first such to stand up to the full scrutiny, and could well be the key to solving the equation.

Or perhaps not.  The parts of the equation dealing with life are all based on a data set of 1, which isn't any good, and leave it all open to guesswork.  I would love to have the answer to the existence or not of life elsewhere in the galaxy in my lifetime.  I don't expect it to be answered but you never know.

We've had a decent look at Mars and the answers are tantalisingly ambiguous.  Where does the methane detected in the Martian atmosphere come from?  How do we explain those strange Viking biochemistry results from the 1970s?  Food for thought, even ignoring the microfossils/natural inclusions in the meteorite they examined back in the 90s.  And the moon of Jupiter, Europa, looks a promising place to look, although technically a lot harder to have a crack at.  One day a probe will land there and it could be a very exciting day. 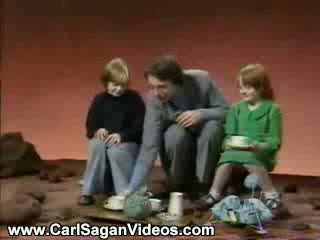 Back in the day, before Viking put its landing pads on the rusty dusty surface of Mars, Carl Sagan presented a programme about the possibility of Martian life.  It was pretty fanciful but fascinating none the less.  It turned out to be fantasy but that doesn't mean we should stop looking.  As we discover more and more exoplanets, the chances of life existing out there increase.  And chances are that some of those life forms, should they exist, have risen to the level that we might call intelligent.  But if they are like parrots, dolphins or octopuses, intelligent beings all, they are hardly going to be making radio telescopes and beaming their TV programmes across the cosmos.  Chances are, however, that life rarely gets beyond the level of bacteria.  But happy hunting.

One of the saddest things I have ever read is a paper in the proceedings of the first lunar science conference in 1970, the conference at which the first results of the Apollo 11 samples were discussed.  Naturally the question of life occurred to NASA and naturally they asked scientists to have a look.  Amongst all the papers on the selenochemistry of the Moon (or should it still be geochemistry), there is a short paper (the title of which I cannot at the moment find) in which you can taste the disappointment of the team given the task of looking for bacteria and other micro-organisms in the dust and pebbles.  They didn't find any.  Waved goodbye to their Nobel prizes and got on with their careers.  Well done to them for being professional.  They just couldn't quite hide it in their paper.
Posted by Catmando at 04:12