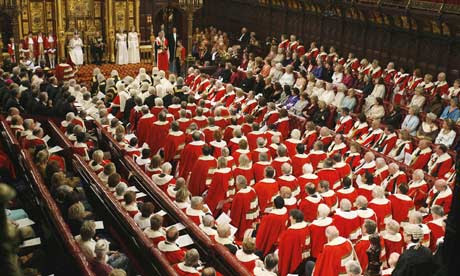 So with a little preparation, Willard should enjoy his trip.  And if he keeps his mouth shut at the talks, he might even manage to look intelligent too.
Posted by Catmando at 13:43 No comments:

Revealed - the leaked memo from the BBC's Head Of Crackpots

TO: Head of BBC News
From: BBC Head Of Crackpots

I write in reply to your request for information on sources of information that could be used to balance news stories on scientific matters.

Any mention of the Longitude Prize should require someone from the Flat Earth Society to be present to give the counter-balancing argument that although there is a consensus about the shape of the Earth, the science is not settled and I feel the BBC should recognise this fact.

The planned programmes celebrating the 45th anniversary of the first Moon landing should have a Moon landing denier present on the Breakfast sofa to counterbalance the space historians and retired Buzz Aldrin that will be there because, as we know, there is considerable doubt amongst some people who really ought to get out more or learn to use the Internet better and I feel the BBC should recognise this fact.

Talking of space, there must be a heliocentric solar system denier present whenever any astronomy programmes are talking about the planets.  Get rid of Brian Cox from Starwatching Live and replace him with someone who adheres to the Ptolemaic system.  I feel the BBC should reflect the doubt.

And on a similar subject, when the news covered the gravity waves left over from the Big Bang story a few weeks back, there was no fundamentalist Christian quoting Genesis.  I feel the BBC should reflect this point of view.

Evolution - do we need to have only scientists discussing stories about fossils and missing links.  What about Ken Ham to provide some counterbalance?  He knows his stuff, has a good line about bananas and is available at the drop of a hat.  I think the BBC should reflect this line of thinking.

But on the subject of climate change, I think it is right that we abandon the crackpots and idiotic thinking that this subject seems to attract.  Why do we think we can just bring on anyone who has opened a copy of the Mail On Sunday and proclaims themselves a climate change expert when there have been scientists who have been studying this all their adult lives and actually know what they are talking about?  I mean, that interview with James Delingpole just showed him up as an ignorant buffoon.  Nigel Lawson just comes across as a pompous twerp and God help us if we ever book Upper Class Twit Of The Century Christopher, Lord Monckton.  I feel the BBC would be going too far if we reflected their ill educated views.

I welcome your response.

Of dowsing, Malta and the claims of Lord Monckton

As anyone with half an ounce in their skull knows, dowsing is the ancient art of making yourself look stupid with a couple of sticks.  I have done some controlled experiments myself on dowsing and have read enough on the subject to know that, alas, it is false.

Put bluntly, in most countries of the world, you can find water by digging a random hole anywhere you like.  Dig it deep enough and it will collect water in the bottom.  And that introduces confirmation bias.

Which brings me headlong into the testimony of Lord Christopher Monckton (again).  He says at WUWT the following (archived):


Niklas Mörner, the sea-level expert, has had his page got at on the ground that he sometimes dowses for water or other underground treasure. My late father once did that for the Maltese Government, and found three lost Punic tombs and a fine marble head of Seneca from the first century AD. My drawing of it (in the day before digital cameras) is probably still to be found somewhere in the Museum of Classical Archaeology at Cambridge. But I never had the knack for dowsing myself.

As far as I can discern, the only source for this claim of finding three lost Punic tombs is the current Lord Monckton.  There are two separate mentions of it at WUWT and one anywhere else (translated) that I can find:


"I can't do it at all-I've tried-but my dad could do it, and I saw him actually doing it once, because he had been summoned by the Maltese Government to find some Punic tombs, which we knew was in an area where there should be a way. We wanted to make sure that there is no led the way straight through the tombs. So my dad went up and down the fields with its attic, and suddenly there were translated, and he said ' grave here ', and they dug, and they found the Punic grave Chambers, among others. the most beautiful senecanske head, as I drew, and the drawing is now at the Museum of Classical Archaeology at Cambridge. There is the evidence, and you can even check it, but you can of course not like evidence, if they are not in accordance with your argument. I understand that you are more of a believer than a scientist. "


Major General Monckton's obituary in the Daily Telegraph had this to say:


Young Gilbert was educated at Harrow before reading Agriculture at Trinity College, Cambridge, where he converted to Roman Catholicism under the influence of Monsignor Alfred Gilbey.
This led him to become a founder member of the Strafford Club, in honour of Charles I’s minister who was beheaded for alleged subversion, and also to discover his talent as a diviner.
He used to win bets in pubs by playing a game in which he was challenged to find a signet ring under one of four caps; when friends tried to trick him by putting rings under every cap his rod defeated them by saying yes at each one.


A pretty story perhaps, but barely as dramatic as finding three Punic tombs that had been lost, for the Maltese government.

What of the tombs themselves?  There are 650 listed George Said's PhD thesis in 1994.  The late Lord Monckton discovered, according to his son, 0.46% of them.  Perhaps that's a goodish quantity. But wait.  The translated bit of Swedish Monckton says they were looking where they thought they would find them anyway.  So, if I were to go to a site where, for example, we might expect some ploughed out round barrows and I dowsed, there's a good chance I would find those barrows.  We are not talking tiny metal finds.  We're talking substantial structures.

By the way, Said has no mention of Monckton.  That's not really a surprise but, like so many of the other things the present Lord Monckton says, they are desperately hard to check.  Other clues besides just the twitching of rods could have been used - there does seem to be a pattern to where these tombs are found.

So if his Lordship should alight here, perhaps he would be so good as to give a little more detail. Where, when, would be very useful bits of information.

By the way, Niklas Morner has some very out of the way ideas.  He's like a quack archaeologist and was once reprimanded for damaging an iron age site in Sweden in his "researches".

Lord Monckton, the Wowbagger of the legal world

Lord Monckton, the third earlobe of somewhere no one has actually been to, has threatened so many people at the tiresome and recursive website WattsUpWithThat with legal action that, like Wowbagger of the Tertiary phase, he appears on a mission to personally confront every sentient being in the Universe.

You can imagine the scene at his solicitors when they open at 9.00am.

Phone rings several times, then goes to the answering machine.

"I'm sorry there's no one here to take your call at the moment, but if you have threatened to sue someone you have only ever met on an internet blog, our advice is to stay away from those sites.  We will send our invoice to the usual address."

Just in case his lordship arrives here.  This is satire.  You know, the stuff Juvenal did (and that you tried clumsily at WUWT).  And here is my mate George to make the most pertinent comment: