I am intrigued by Matt Ridley and what looks to me like open brain gullibility on his part.  I had read a number of his books and been quite impressed, The Red Queen, The Origins Of Virtue, Genome. I read them all and liked them.  Then came his nature vs nurture book which came out at about the same time as Stephen Pinker's much better book and I lost interest in Ridley and buying his latest.  So his most recent volume, the one that has been so controversial, The Rational Optimist, stayed resolutely on the shelf in my local bookshop.

Something I hadn't noticed amongst all the posts I have read about how good a science writer he is, is that I don't go back to those three books listed above.  Unlike Richard Dawkins, Carl Sagan, Stephen Jay Gould and others, I don't hunt out Ridley's books.  Read 'em, shelve 'em, forget 'em.  That's been my experience.  Obviously others will have had different experiences.

In looking around the Net I came across a report and extracts of a lecture Ridley gave in 2011 entitled Scientific Heresy (full text here). In it, Ridley sets some statements that he then comments upon.  Nothing much to look at there, you might think, except, of course, as a newly minted denier (a flipper in WUWT terminology, although that insult is reserved for those crossing the River Styx to the lighter side).

What I thought I would do is turn some of those statements around, to see how they look from what you might call the evidenced and rational side of the climate change debate - the scientific accepting side.


1: the stunning gullibility of the media

That would be the Daily Mail and the Daily Telegraph then, printing guff galore by their inhouse deniers.  James Delingpole and Christopher Booker, delightfully overqualified to comment on science through their non-science degrees.  They swallow wholesale the unevidenced, unscientific ramblings that the denier crowd produce and filter it for the mainstream audience.  I used to read Christopher Booker and think he made sense.  Now I know he doesn't and it's been years since I bothered to read a word he wrote.

2: debunking is like water off a duck’s back to pseudoscience.

Judging by what goes down at WUWT, and the way that Willard and his cronies don't bother to listen to dissenting voices from those with scientific training, it is clear how well this goes for WUWT and the rest of the deniers.  It is hard to say what scientific evidence would satisfy the deniers but I'm guessing that vast areas of the mainland of the USA inundated by the sea might give them cause to think they might have been wrong all along.  But then again, it would probably be because there was a tennis court next to the weather station or that all the world's polar bear population had jumped into the Arctic Ocean at once. 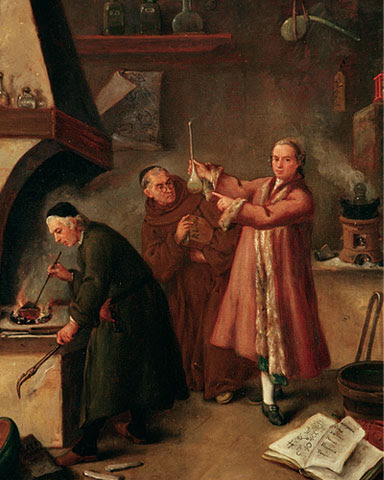 3. We can all be both. Newton was an alchemist

Yes, but... No one really bothers with Newton's theological or alchemical discoveries but what he found out about light and dynamics was fundamental to our understanding of the world.  Linus Pauling, double Nobel laureate, clung to a belief that vitamin C might cure a ton of illnesses.  He was wrong.  Newton was wrong about alchemy.  You can certainly do both, but being right is what matters in science.

4: the heretic is sometimes right

Ridley doesn't give any examples so I had to think of some.  Barry Marshall, the discoverer that peptic ulcers are caused by bacterial infections, is one  and he cautions those that do claim wonderful new discoveries that overturn our understand of X, Y or Z that you need to be prepared to see every other scientist in the world pick holes in your idea.  Once again, it is being right that matters.  Alfred Wegener is another but in a way he is remembered less because he was right than that he pointed the way.  Heretics don't usually prosper in science, not because science is not open to new ideas, but because heretics are so frequently wrong.

5: keep a sharp eye out for confirmation bias in yourself and others

Well, clearly.  But it works both ways and strangely deniers don't seem to admit that they suffer from confirmation bias while science generally does.  That's why science accepts the less than perfect peer review process because it is something of a brake on the runaway train that could ensue if confirmation bias were not restricted in some way.  And, of course, the fear that your discovery is easily trashed means that scientists are looking for the best evidence.  For deniers, anything will do at times.

6. Never rely on the consensus of experts about the future. Experts are worth listening to about the past, but not the future. Futurology is pseudoscience

I'm not sure what to make about this.  There are some things where I will rely on the consensus of experts to tell me about the future.  For instance, I am pretty certain that the experts who calculate these things will be able to tell me exactly when and where I should be to see the next total eclipse of the Sun.  But I don't think that's what Ridley means.  He is trying to discredit climate science by rubbishing predictions - well, at least real climate scientists remember that all predictions are uncertain and their publications reflect this. Deniers, of course, don't like uncertainty and see that as a sign of weakness.  Scientists know it is a strength because it gives a measure of the probability of certain events.
I rather think that Ridley is concerned with two sorts of futurology.  Those predictions based on someone's opinion.  I never read Martin Rees's book The Next Fifty Years so I can't be sure it was as pessimistic as it was painted in reviews, but I suspect Ridley's Optimist book is a bit of a rejoinder to that.  Not sure I care.  We all rely on experts making predictions and because the real world is messy and data is noisy, predictions are difficult, especially about such things as the economy or the weather.  And we don't bother to remember the predictions that are right, only the ones that are wrong.
Ridley clearly thought he was being clever when he came up with that list of statements.  They fitted his thesis, that climate change is a bit, well, you know, of a hoax type fraud conspiracy thing and that it isn't going to be as bad as everyone says.

Isn't there something sad about the person who says they are an expert in detecting baloney and then doesn't practice what they preach?  I prefer the Sagan list, his baloney detection kit (my comments in bold).

Wherever possible there must be independent confirmation of the facts.  Like the multiple lines of evidence that support Mann's hockey stick graph. Encourage substantive debate on the evidence by knowledgeable proponents of all points of view. Not excluding them, deriding them or slandering them. Arguments from authority carry little weight (in science there are no "authorities"). No, it is the evidence that forms the consensus. Spin more than one hypothesis - don't simply run with the first idea that caught your fancy. Can Watts and cronies entertain the possibility that there are other explanations for their wonderings?  No, they don't seem to be able to. Try not to get overly attached to a hypothesis just because it's yours.  Just watch what happens when someone criticises a denier's magnum opus on WUWT to see how wedded to their denials they are. Quantify, wherever possible. Do the math but do it honestly. If there is a chain of argument every link in the chain must work. Climate science has plenty of verifiable physics and chemistry underlying it. The deniers just deny that is ever true. Occam's razor - if there are two hypotheses that explain the data equally well choose the simpler. Just because it sounds plausible to Willard, doesn't mean that there is a better explanation.  Usually there is. Ask whether the hypothesis can, at least in principle, be falsified (shown to be false by some unambiguous test). In other words, it is testable? Can others duplicate the experiment and get the same result? Climate change is verifiable and we are currently running the experiment.  Let's, for instance, add more and more greenhouse gases to the atmosphere and measure the temperature of the planet.  If what the scientists claim is true, we will see it in a warmer planet.  If not, we won't.


The reason scientific heretics don't usually make a mark is simple.  It is not down to authorities or consensus.  It is down to plain, honest old data.  That basic Lego brick of science, without which there will be no science and no theories.  And it is the thing that calls the deniers deniers.
“Just because something isn't a lie does not mean that it isn't deceptive. A liar knows that he is a liar, but one who speaks mere portions of truth in order to deceive is a craftsman of destruction.”