My entry for the Matt Ridley Prize

I hadn't heard about the Matt Ridley Prize until this morning but now I have I am keen to claim my £5000 from wind farm profits (hang on a minute, don't the deniers tell me that they are so useless they can't make a profit?) but not from coal mine profits because, presumably, Ridley pockets those.

Matt Ridley, you might know, writes popular science books.  Or at least he used to, but his latest one has fallen foul of the science book reading public because it is riddled (no pun intended) with pseudoscience of the climate denialist kind.  Oh, well.  I guess he needs to work harder now that his banking career reached a rather sudden halt when Northern Rock collapsed and had to be nationalised.  Thanks for that, Matt.  Can you pay me back my tax pounds I contributed to sort out your mess?

Anyway, the "Ridley prize is awarded each year to the essay that best exposes the pseudoscience behind the government’s pet eco-projects."

Well, I thought I'd have a go.  And I've chosen to look at it from the point of view of one Californian green environmentalist, Mr Willard Watts, former TV weather expert presenter.

You see, Willard likes his environmental things.  He has an electric car. Here it is: 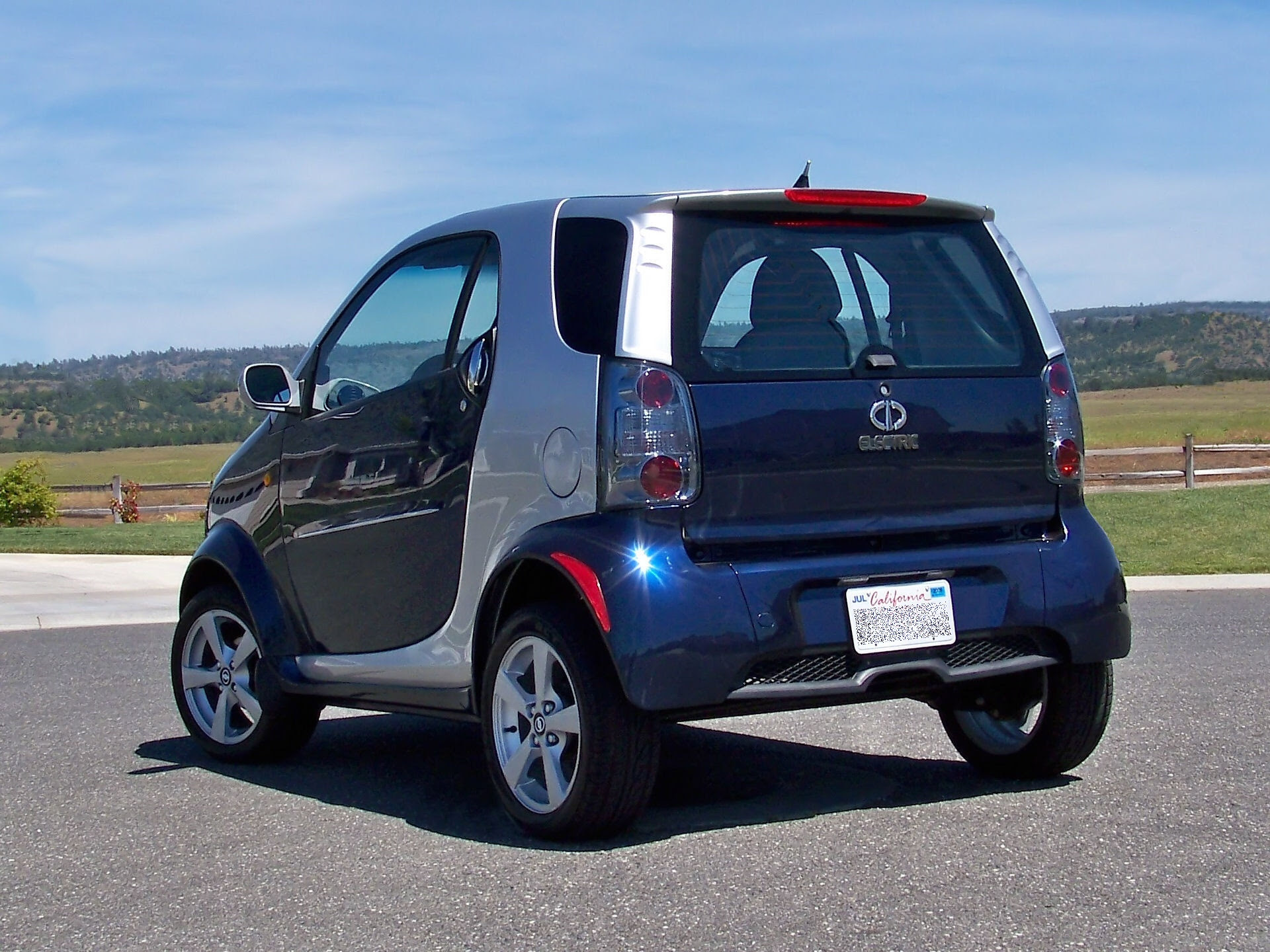 In common with most of the population of the planet, I defer to noted expert on all things to do with electric cars, Jeremy Clarkson. Apparently, electric cars don't go very fast, they don't go on for very long and, worse than that, they don't look very good.  But the Government thinks they are very good because they reduce emissions and that is good for the planet.

Apparently, the key advantages of electric cars are these (my added bold)


1. Electricity is cheaper than gas, and can come from renewable resources such as solar and wind power.
2. Electric cars pollute less than gas-powered cars (especially when renewable energy sources are used to generate the electricity).
3. Electric cars are much more reliable and require less maintenance than gas-powered cars. You don't even need to get your quarterly oil change!
4. By using domestically-generated electricity rather than relying on foreign oil, we can achieve energy independence and will no longer need to engage in costly wars in the Middle East to secure an energy supply.
5. Electric cars can utilize the existing electric grid rather than require the development of a new, expensive energy infrastructure (as would be the case with hydrogen).

Note, domestically-generated electricity.  Well, Willard has a 10kW solar array on his roof: 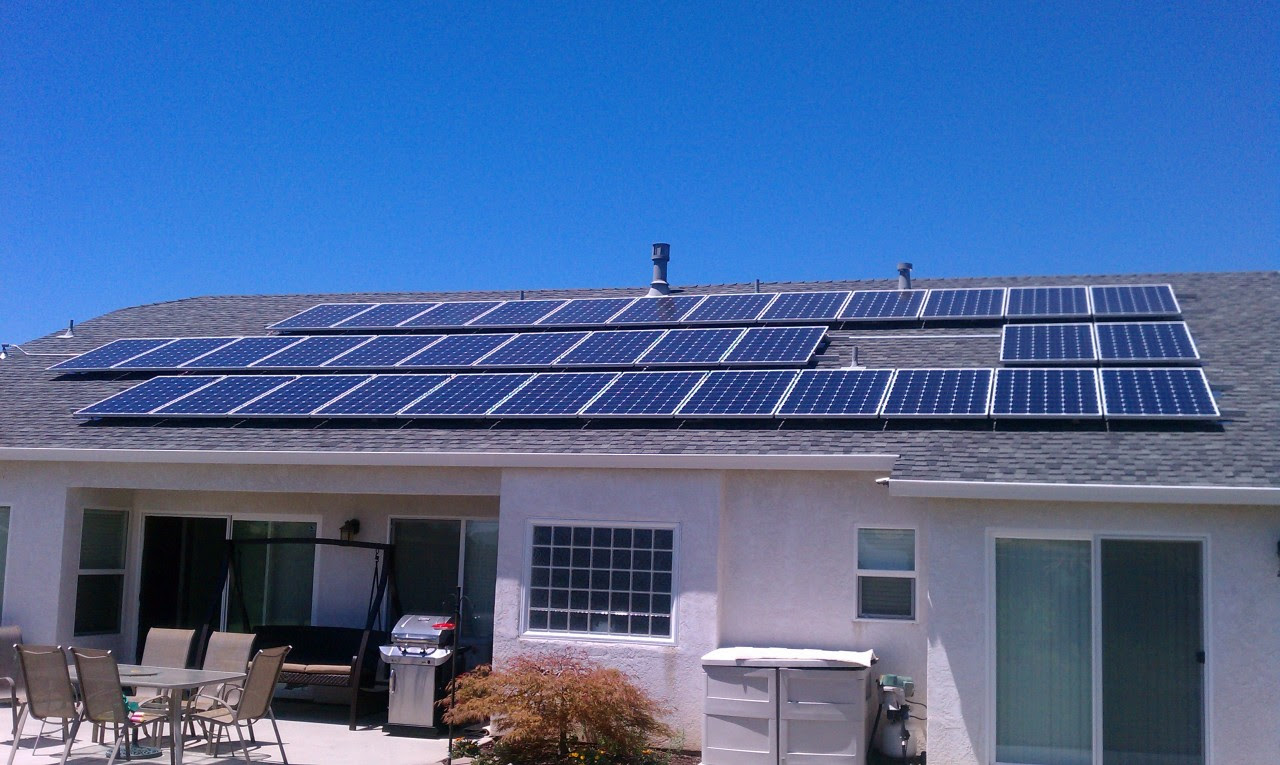 Very nice.  I guess he got fed up of the calls from various companies promising that he could have a solar array on his roof and that the UK government would help him out so he hardly had to pay a penny.  Nice.  In the UK, that would cost about £17,500 and take up more roof space than my house has.  But in sunny California (or wherever he lives) that is less of a problem.

But, Willard can get snarky over solar power.  For instance, a solar power company that had the help of the government went bust and Willard goes all sarcastic.  Hmm.  Gets me thinking.

Isn't this a bit hypocritical?  Here's some advice Willard gives on how to set up your solar power system:


Pick a reliable contractor experienced with the process, particularly with the California Energy Commission rebate process, because a mistake there can cost you a lot of time and money.


There are state and federal tax credits for any solar installation which when figured in with rebates, can make the project quite attractive, and in some cases, a very low cost.

State and federal tax credits?   California Energy Commision rebate process?  Doesn't that sound like anathema to most of the WUWT crowd?  Government getting involved.  Tax dollars paying for unsustainable sustainable energy projects.   The California Energy Commission is legally prohibted from making contracts with coal fired power stations.  Does that fit with Willard's world view, or that of his cronies?

I guess the answer is simple.  Take what we like, decry the rest.  I think it is hypocritical.  And the worst of the hypocrisy is to allow all the fake science and unevidenced assertions on his site and have the gall to claim that:


While I have a skeptical view of certain climate issues, I consider myself “green” in many ways, and I promote the idea of energy savings and alternate energy generation.

while others on the site are claiming that all that lovely carbon locked up in fossil fuels should be released because it is plant food.

It's a bit like the science with Willard.  Pick and mix, take the bits he likes and throw away the rest.  But the world, science and life doesn't work like that, does it?  Reality won't worry about whether Willard has an electric car, or whether Jeremy Clarkson likes them.  It will merrily go on, the planet will warm, unpleasant things will happen to people, but at least Willard has done something to reduce his emissions.  So perhaps he really is an environmentalist.  No, he isn't.