The Shroud Of Turin Meets Science (#94)

It's back.  A group of scientists have done what scientists sometimes do and decided that it must be genuine because they've come up with a possible method (see here).  Well, I don't want to comment on the science as such, but on something else that rarely gets a mention.  Whoever is the subject of the shroud, they were a bit odd. 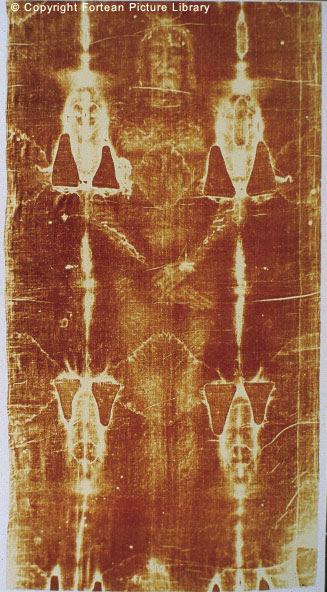 What I'd like to concentrate on are the arms.  Look at this detail from the above photograph. 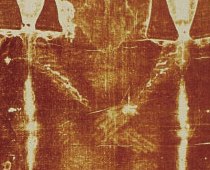 Notice anything?  Try using a ruler to measure the distance from the point of the elbow to the end of the fingers for both arms.  In most people the measurement would be the same for both arms, within a small margin of error.  But for this poor subject, one arm is significantly longer than the other.  This isn't my discovery.  I learned it from Joe Nickell's book Inquest On The Shroud Of Turin that I read twenty years ago (updated edition available here).  The answers usually given by those that believe the shroud to be genuine are... silence.  But the physical proportions of the subject on the shroud are not typical (his total arm span is greater than his height, for instance).  You don't need to be a scientist to sport that this isn't normal, and doesn't look at all like anything you've ever seen.

Science can answer the question of the shroud's authenticity.  Carbon dating a few years back almost laid that one to rest and I am inclined to believe the date that it did produce - after all, it fit the documentary evidence and the stylistic evidence too (the subject has a lovely medieval face, not at all like those representations from before the "discovery" of the shroud in the thirteenth century).  Science cannot answer the question of Jesus's divinity.  That's a matter of faith.  And here the shroud is no use at all.  That's why some cling to the threads of any scientific report that suggests a supernatural explanation - or at least one beyond what we think the medieval artist was capable of.  This is pretty much the argument from personal credulity that is beloved of creationists.

The latest report will probably soon be forgotten.  A comment on it is here.  There will be another one along in a couple of years, complete with the same philosophical premise.
Posted by Catmando at 13:29