What consensus in science really means

If Christopher Monckton had been the captain of the Titanic, this would have been the last signal he sent:

In the meantime, everyone, Kate Winslet included but obviously not Leonardo Di Caprio, would be heading for the lifeboats.  Monckton, Watts, Spencer, Tisdale, Eschenbach & al would be standing there, fiddling with the data, looking for flaws in the passengers' logic while the boat sank and the sensible ones scrambled for safety.

Monckton and his cronies are dead scared of the word consensus.  A generally agreed definition goes like this:

a : general agreement : unanimity <the consensus of their opinion, based on reports … from the border — John Hersey> b : the judgment arrived at by most of those concerned <the consensus was to go ahead>

Although it would be nice to see the former definition at work on clmate change, we have to settled for the 97% which definitely includes the latter definition.  A judgement has been made by climate scientists and the majority agree that human activities cause global climate change.  End of story.
But for Monckton that isn't the story.  The story is that science doesn't work by consensus.  Of course it doesn't.  No one has, as far as I can tell, seriously suggested it does.  Monckton is idiotic to believe that anyone has, although some silly journalist has probably used it as shorthand for something scientific, the actual working scientists know what matters. And that is how a consensus in science forms.
Here's what wikipedia says:

Consensus is normally achieved through communication at conferences, the publication process, replication (reproducible results by others) and peer review. These lead to a situation in which those within the discipline can often recognize such a consensus where it exists, but communicating to outsiders that consensus has been reached can be difficult, because the 'normal' debates through which science progresses may seem to outsiders as contestation.[2] On occasion, scientific institutes issue position statements intended to communicate a summary of the science from the "inside" to the "outside" of the scientific community. In cases where there is little controversy regarding the subject under study, establishing what the consensus is can be quite straightforward.


It's simple.  Consensus happens in science when the scientific questions are solved, when the experiments and observations point in one direction so that it would be foolish, or stupid, to go against them.  That's not to say that a consensus cannot be challenged.  It takes real evidence, real science and real work to do it.  You cannot hope to break a scientific consensus by writing tons of half-baked "papers" which you post online and defend unto your last breath regardless of whether they are right or wrong. 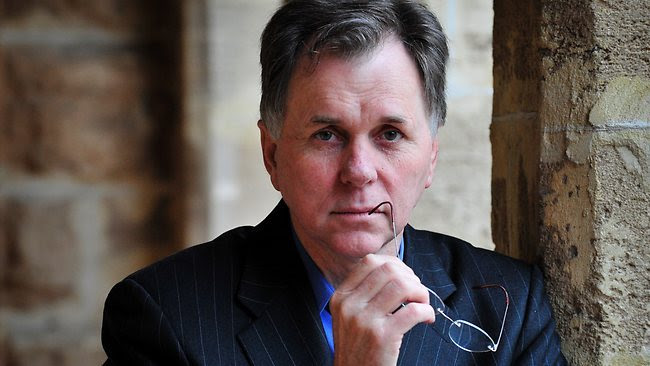 Enter Barry Marshall.  You may vaguely remember that he won the Nobel Prize for medicine in 2005 for his consensus shattering work on peptic ulcers.  He turned medical thinking around because, and this is the point, he did the science.  He didn't just say that he thought it, tinkered with some data he got from an old paper on ulcers and set up a website for peptic ulcer deniers to congregate and shout like Tourettes stereotypes.  No, he did the hard yards.  He put up with the bickering and back-stabbing that goes with upsetting people's cherished ideas and he accumulated enough evidence to make it clear that he was right and the old consensus wrong.

Just because it has happened in Barry Marshall's case, doesn't mean that our climate denying friends are going to overturn the consensus.  The prevailing consensus on peptic ulcers were that they were caused by stress, a hard thing to test.  And the experiments were simple, sort of.  Try ulcer patients on antibiotics and see how they got on.  Marshall's hypothesis would have collapsed if the antibiotics had no effect.  They did, and they are relatively cheap, so it was no surprise that Marshall eventually overcame the reluctance of the medical community and won the argument.  The evidence is what overturned the consensus.  No amount of shouting would do it.

So one can see why Monckton and his mates are scared of the consensus.  They know, deep down, heart of hearts, that hundreds, if not thousands of trained scientists, with PhDs and things, are going to know what they are talking about.  They are looking at data and factors and doing experiments and attending conferences where they ask questions - proper questions, not the phoney ones that Watts and co like to ask - and come to the appropriate conclusion.

What examples does Monckton use in his eloquent but disasterous attempt to take down the consensus?  Well, he uses some quotations, as do I, so I can't complain there.

Monckton uses Einstein, and his famous remark about one person being sufficient to bring down his theory of relativity.  I presume Monckton thinks Einstein's ideas were immediately taken up but, funnily enough, there was a delay before, get this, there was a consensus behind his theory.  Well, I never did.  And the consensus took time to grow and was helped by a better formulation of the maths involved and experimental and observational evidence.  Well, blow me down with a feather.  Evidence.  Not sophistry.

And Monckton gets hot under the collar about hypotheses.  The Consensus Project of Cook & al is about measuring something.  Do you need a hypothesis when you stick a thermometer outside to find out what the temperature is?  No.  You are measuring the temperature, not theorising what is happening either side of the time you take the measurement.  What hypothesis could you have that fulfils the criteria Monckton demands of it: "Is the consensus 97%?"  I know the man is stupid, but come on.

And it is possible to have a qualitative hypothesis and not a quantitative one and still test it:


Bijan Riazi-Farzad · Institute of Education, University of London
A hypothesis is simply an unvalidated assumption. So, the question here is, 'are there any assumptions that can be validated without counting (quantification)?'

Thinking out aloud, if such validation depends on the notion of 'beyond reasonable doubt' and if the notion of 'reasonable' is probabilistic, based on a quantified confidence level (0.05, 0.01, etc.), then quantitative hypothesis testing is the method of choice. The question here is, can we conceive of situations where the validation of an assumption is not dependent on a probabilistic model.

If I assume that there is water on the planet, HD 40307, for example, then, to accept or reject this hypothesis, all I have to show is whether or not there is water on the plant. If the presence, or lack thereof, of water is confirmed, then we would have a qualitative answer to our question which would lead us to either accept or reject our hypothesis.

On the other hand, the hypothesis would need to be tested quantitatively if I phrased phrase it as, 'there is sufficient water on the planet to support human habitation' (which I might define as 'supporting at least one person for at least 24 hours). This can be rephrased in probabilistic terms (and hence open to statistical hypothesis testing) as 'what is the probability that there is sufficient water on the plant to support at least one human being for 24 hours.


Monckton gets his knickers in a right twist when the tries to argue that because there is a prior assumption that anthropogenic global warming is true and the survey is trying to measure how many people believe that, it must be kicked out.  But that, surely, works both ways.  So any of Watts or Monckton's or the other deniers' ramblings on the subject can be safely ignored because of their a priori position on the subject.  From that point, we get nowhere.

Not that it stops the commenters getting stupid:

Elizabeth says:
June 24, 2013 at 9:44 am
The AGW troll thing is funny but its really about time that legal action was taken to prevent these very very few AGW “pseudo-scientists” from inventing surveys, manipulating data etc and destroying economies and killing millions of POOR from starvation (example: putting C02 into ground), bio fuels and birds windmills etc.. The rich will not be affected I assure you. A list of these people needs to be posted on the internet for historical reasons.of the damage done. A bit similar to Communism (ie Stalin) when all the hippies thought it was great until the Russians said its doesnt work , forget it its CXXP Hahahaha LOL

Don't worry, Elizabeth.  I'm sure the meds will kick in soon.  In the meantime, try writing in a different colour crayon.

And as for RichardLH:

RichardLH says:
June 24, 2013 at 10:41 am
How about this for a challenge to the Consensus?
Temperature data is a 4 year Scytale rather than 1?
Scytale c.f. http://en.wikipedia.org/wiki/Scytale
Evidence from the CET daily temperature series
Ref: http://www.metoffice.gov.uk/hadobs/hadcet/
Data : http://www.metoffice.gov.uk/hadobs/hadcet/data/download.html
http://www.metoffice.gov.uk/hadobs/hadcet/cetdl1772on.dat
shows that if the data is wrapped on a 1461 day Scytale rather than the normal 365 day one then distinct cyclic patterns emerge.
This is using the whole, true solar year of 1461 days, not the often used and rather human convenient one of “365 and carry the remainder to make an underlying 4 year cycle” of Leap Years.
365 is all very well but in doing so any 4 year pattern in the data will be destroyed or at the best degraded.
Then there is the sampling methodology. Again, the human convenient one of Months suffers from the problem of not being a regular sampling period. Sampling at varied 31, 30 and 28/29 day periods will add unnecessary digital sampling ‘noise’ to any underlying signal. Therefore it is useful that computers allow us to continue to use data at daily resolution throughout without down sampling at all when examining the data.
The temperature data as recorded will comprise inputs from various well understood sources.
1. Daily Averaged out to produce this data series
2. Weather CET rarely has individual periods of Weather which are > a few weeks
3. Yearly The normal seasonal pattern of Spring, Summer, Autumn and Winter
4. Climate Related to geographical features and long term cycles

Sorry, I can't be bothered to copy across the rest of his ramble.

He does provide a few graphs, of which this one seems to be original:

Well, congratulations Richard.  You win the prize for spotting that, in central England (roughly where I sit), it is warmer in the summer and cooler in the winter and that happens on a yearly cycle called, interestingly enough, a year.