In the annals of It Takes One To Know One, Lord Monckton, who still doesn't know he has no seat in the House Of Lords, reckons he can spot dodgy statistics in the forthcoming IPCC report.  Well, if anyone can spot dodgy stats, it should be him because he has a history of lies, damned lies and statistics (as he apparently reckons that 19th century British Prime Ministers were in the habit of saying).

But there are worrying signs in denierland that in the garderobe of Lord Monckton all is not well.  In fact, some are wondering if the man has not overdone it.

The evidence is plain.  For someone who used to go out of his way to be civil and polite, Monckton seems to have succumbed to a form of cliched Aspergers.  He is now standing on the WattsUpWithThat street corner and shouting abuse at all and sundry.

A few days back, he was calling John Cook of SkepticalScience, a properly referenced and evidenced climate science site notable for setting the truth before the public, a stream of invective that reminded one of either Nigel Molesworth of St Custards Skool, or the French taunter from Monty Python And The Holy Grail.

Monckton described Cook as a paid schoolboy intern, a kid, zit face, tiddler, little one, teenie, goo-goo, writing on SkS, a "lavishly-subsidized internet sandpit, misleadingly called “Skeptical” “Science”.  It goes on in similarly puerile style for some time. Even the normally illiterate at WUWT found it distasteful.

Before that, he had tried to give a science history lesson that owed much to his newfound inability to string a sentence together as it did his understanding of the history of science.  Needless to say, that is pretty minimal.

Now he is back with another pile of insults called "Dodgy statistics and IPCC assessment reports".  Oh, dear. 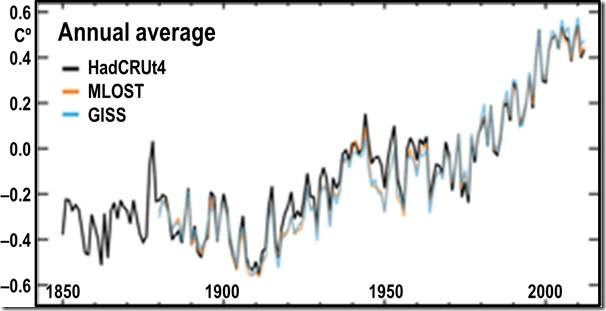 For example, Monckton prints this graph then moans about the fact that it has a perfectly fine scale on the y-axis that enables one to read the graph with ease.  That's what graphs are for. To enable one to understand the data. We are, after all, visual animals.  Graphs for dogs would be rather different.

There follows another of Monckton's snide comments (in bold for those that have trouble with reading this sort of thing):

Not all climate extremists know that. In a debate with me on Roy Green’s radio show in Canada a few years ago, one of the pointy-heads at TheSmugBlog asked the audience, with that earnest desperation in his voice that is mandatory, “But don’t you see how serious it is that global temperatures are rising at an angle of 45 degrees?”
I had to explain to the poor sap, as gently as I could, that degrees of arc and degrees of temperature change are clean different things.

Well, durr.  I don't think the "pointy head" was confusing the two.  But Monckton clearly was.  Or at least, he thought the SmugBlogger was.  But then it is hard to be quite as smug as Smaug Monckton. 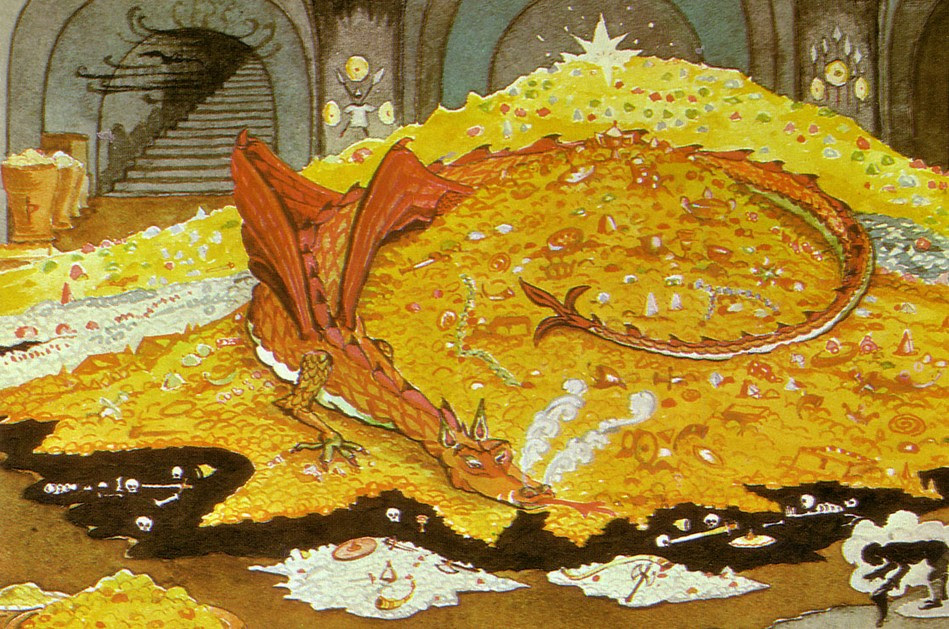 And there follows an act of conjuring with phoney statistics that would make Paul Daniels proud, but for the fact that Daniels is a real conjuror who puts on an entertaining show that makes you wonder how he did it, rather than wonder why he doesn't go and have a lie down in a dark room because he's overdone it.

The commenters believe in magic:

JimS says:
September 17, 2013 at 12:26 pm
Well, since the IPCC got rid of the Medieval Warming Period, which was approximately 500 years in length, it can surely get rid of that annoying 20th-21st century “pause” of roughly 17 years in length.

Sorry, Jim.  If it didn't exist, they couldn't get rid of it.


rabbit says:
September 17, 2013 at 1:00 pm
With each year for which there is no meaningful increase in temperature, the odds that the IPCC projections are incorrect grow exponentially.
No wonder the alarmists sound a little desperate lately.

Not half as desperate as the deniers though, eh, rabbit?

Sometimes there is wisdom (and from an Engineer to boot):

An Engineer says:
September 17, 2013 at 1:11 pm
I don’t see anything odd with the first panel: both axes are linear and the upper and lower bounds appear to be chosen to allow the data to fill as much space as possible.
I don’t see anything odd with the second panel, the block widths are equal and the axes limits and scaling are the same as on the first panel.

But back to normal:

The Order Of Merit is the personal gift of the monarch. Our current Queen has far too much intelligence to let an idiot like Monckton loose amongst the merry band of current OMs, such as Aaron Klug, Lord May, Sir David Attenborough and Martin Rees (although Fred Sanger is a member).  And the Queen's first born is unlikely to be sympathetic to the potty peer.

But then one commenter links to this and my heart really sinks.  What, I ask, does the Flying Spaghetti Monster have to say?

In a comment to another of Willard's reading fails, Monckton write this:

Monckton of Brenchley says:
September 18, 2013 at 2:02 am
The head posting says: “But what has the team really convinced that humans are the true source behind global warming, is that they were unable to produce the type of warming we’ve seen with just natural events—it’s only when human emissions are added to models that such a trend can be realistically simulated. That, they say, proves that human practices over the past several decades are responsible for global warming.”
This is an egregious instance of the argumentum ad ignorantiam, the fallacy of argument from ignorance. “We can’t think of any other reason why the world is warming, so it must be Man.” That is really all this pathetic paper says.
Send all the authors back to elementary school to learn the elements of Classical logic. A Classicist, taking one look at their feeble argument, would know a priori that it was an invalid argument. The conclusion, therefore, may or may not be true, and the paper adds no light to enable us to decide one way or the other. This is intellectual feeble-nindedness of the worst kind.

Ignoring the fact that I don't think the paper Monckton is complaining about says what he thinks it says, Monckton ought to know better in the bits I've picked out in bold.  Firstly, classical logic does not take a capital letter.  Secondly, a Classicist would not take any looks at an argument if they knew a priori that it was wrong.  They would not need to.  Monckton either doesn't know the meaning, unlikely, or gets it confused with a posteriori, which is what he actually seems to imply.  Either way, it shows a sadly lacking critical function. And why would it need a classicist to look at the argument.  Surely a classicist is one who is unlikely to be able to follow a scientific argument.  Oh, I forgot.  Monckton cannot.