There, there. Never mind, Anthony.  That horrible journalist didn't meant o upset you.  It's just that he doesn't think you are as important as you do.  As legends in their own lunchtime go, Anthony, you are certainly one packet of cheesy Wotsits short of a pack up.  You got interviewed by email by a journalist who then took one word from your Deniers' Playbook chapter 1 screed and printed it and you think you've been hard done by.  Bless. 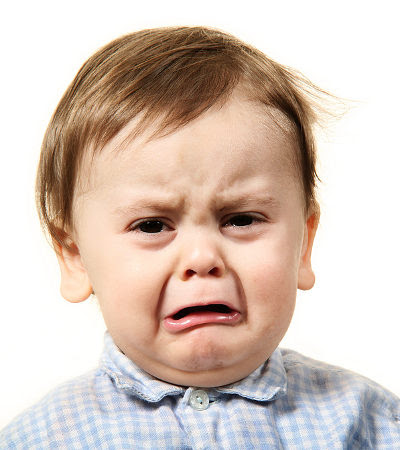 Perhaps it was because you said this:


All this while global CO2 emissions have been growing steadily. The lack of temperature match to models, “the pause”, combined with these new ENSO findings tell us that global warming has gone from a planetary crisis to a minor problem in a Banana Republic where only a few vocal science rebels are arguing for immediate intervention.

I can't make up my mind if that is racist or just patronising.  It certainly is unpleasant and was hardly likely to endear yourself to any journalist.  They have editors looking over their work.  They have style books to adhere to and those will guide the journalist away from phrases like Banana Republic that some might find offensive.  But when, and it will be when, the good old US of A finds bits of its land being lost to the sea, will Watts still think it is only a problem in a Banana Republic, or is the USA an example of such?

Now, I think I'm pretty average when it comes to intelligence but the more I read of Anthony Watts's piffling output, the lower I rate his IQ.  The key to his complaint is that he can't understand plain English.  Here goes:

Jeff Goodell, the journalist, sent Watts an email, quoted here in its entirety:

I’m a writer for Rolling Stone, working on piece about upcoming IPCC report. I’m checking in with a few people to get their views on how they think it will be received.  Thoughts?
Thanks
Jeff

I've bolded the important bit.  How the IPCC's forthcoming report will be received.  The only relevant bit of Watts's response is the first line (I won't bother with the self serving remainder):


My view is that AR5 is going to stillborn, mainly because it is already outdated by new science that won’t be included.

So Watts was asked how he thought the report will be recieved and he answers that it's going to be stillborn and wonders why he only got one word into the finished article.  Because one was enough and to quote the illiterate first sentence would have been a luxury the magazine probably couldn't be bothered to afford.


(added) What is most galling, is that Goodell asked me for my opinion prior the release of the IPCC AR5 report, then chastises me in his article for giving it. Whatta guy. (/end add)


The final report has not even been released yet, and already prominent bloggers in the denial-sphere, like Anthony Watts, are calling it "stillborn."

And since his request was for a prediction of how the report will be received, he couldn't do it afterwards, could he, Anthony?  Are you truly as thick as you seem?  Perhaps, perhaps not.  But your whinge is really pathetic.  Goodell was upfront with you and you don't like it when he doesn't put your junk in his article.  It's his article, not yours.  This makes you a concern troll for Rolling Stone. We should remember, since Willard reminds us, that they put a terrorist on the front cover (something that made me uneasy).  Perish the thought that they should have put a terrorist on a billboard as part of an ad campaign.  Not that you are actually part of Heartland.  But you do blow their trumpet.

It's so predictable.  Monckton gets shirty when he's challenged.  So does Watts.  Perhaps they should look in the mirror and ask themselves, do they truly believe what they say or are they just saying it because that's what they do.  Habit forming, this denial stuff.

The thing is, Anthony, other people can think for themselves. They don't see another piece of excrement by Lord Monckton and nod politely before posting another "Nice article" comment that polishes the coprolite of Monckton (or whoever's) ego.  But doesn't do anything else.  And Goodell doesn't get fooled like WUWT acolytes. He can see through the cacophony of lies the deniers like to give and uses evidenced material.  The commenters who complain he didn't do his research might just want to read the finished article.

Bruised and battered, Anthony will go back into his lair and await the real release of the IPCC AR5 report.  Take a good supply of hankies with you, Anthony.  You ain't gonna like what they will say.  They won't be listening to the empty air that you broadcast. They'll have listened to the real scientists, not the fake ones.  Time you grew up and acted like a man (or should I say Mann).