I think that trumps your paltry 3rd Viscount Monckton of Brenchley.

Anyway, your problem is that the above Charles opened his mouth and called you and your denier kindred headless chickens.  So you decided on one of those pompous challenges which, as you well know, you are sometimes quicker at running from than Usain Bolt.  Are you ever going to respond to Potholer54?  [Answer - no]

So I assume you will excuse Charles if he doesn't respond because, as you said to Potholer54 (watch his video if you don't remember what you said in an email to him):


Many people like to engage in debates on inconsequentialities and, while I try to accommodate them, other priorities must sometimes come first.

So for Charles, that's dissing architects, baking biscuits, promoting water and waiting for mum to die while listening to repeats of Goon shows on Radio 4 Extra, which, for me, would definitely be priorities because, as you well know, science is settled no more by consensus or petition than it is by debate.  Or by posturing.

My guess is, since your mate Tony has already given my mate Charles some space on his puffy blog, that having the heir actually say something true, and about science as well, has prickled through your thin hide and hurt your tender feelings.  Never mind that Charles has overpriced biscuits and claims distilled water can work miracles, he can get something right.  Out comes my bunting, left over from his mum's bash the other year.

So pride of place, quote of the week, goes to His Royal Highness:


All of a sudden, and with a barrage of sheer intimidation, we are told by powerful groups of deniers that the scientists are wrong and we must abandon all our faith in so much overwhelming scientific evidence.

It's like garlic to Dracula, isn't it.  That last phrase, overwhelming scientific evidence.  You know, Chrissy Boy, the sort of evidence that, when bound in pig skin, printed on vellum and written with the aid of a quill from the finest goose on the lands of Monckton Manor, then dropped from a height of 12 imperial yards, might knock some sense into you were you to, perchance, walk beneath it as it fell.

I think it was Winston who said:


The truth is incontrovertible. Malice may attack it, ignorance may deride it but in the end, there it is. 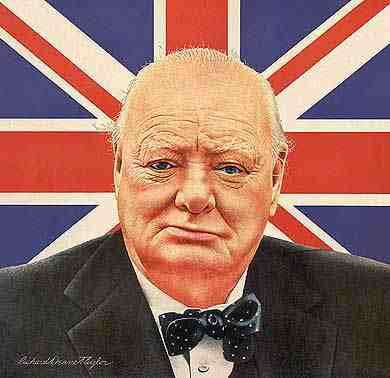 You remember Winston, Chrissy.  It was under his command that your ancestor won world war 2, or something like, for which we are greatful.  I reckon he would have found your risible comments about UKIP and the best scientific evidence.  In fact, I reckon he would have only given you the time of day because he wouldn't believe you if you gave it to him.  Best scientific evidence.  What a joke.

Best joke of all is to accuse the Prince of indulging in party politics.  Well, it would be party politics if there were a party that has, as a policy, climate change denial.  Did you have one in mind?  If it is UKIP then that's gotta be a vote winner, for the Green Party.

Can I issue a challenge to you, Chrissy Boy?  Can you give me an assurance?  Can you actually learn some science before you mouth off next time?

Or perhaps you could be consistent:


Talking of which, “Warren” says 99.8% of scientific papers “support” anthropogenic global warming. Well, I support it myself.

Catmando
Posted by Catmando at 15:55