A Richard Feynman Primer For Deniers

Deniers love Richard Feynman.  He was everything that they could hope for, successful, witty, a hit with the ladies, a bona fide genius and Nobel laureate.  They love to quote him because he seems to support what they are aiming at: science is uncertain, some bits of science aren't true, etc. 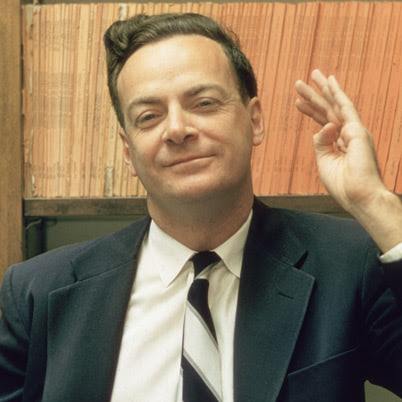 But I sometimes wonder what Feynman would have made of the denialists.  Since he died in 1988 it isn't possible to ask him and I don't have to hand his collected works so I can't interrogate them either.  But he left some interesting quotes, the sort that the deniers usually don't bother with, that give us an idea of what he might have thought, for instance, of climate change denial.


“Ordinary fools are all right; you can talk to them, and try to help them out. But pompous fools-guys who are fools and are covering it all over and impressing people as to how wonderful they are with all this hocus pocus-THAT, I CANNOT STAND! An ordinary fool isn't a faker; an honest fool is all right. But a dishonest fool is terrible!”

I can think of some examples of the dishonest fools that Feynman might mean here.  In the interests of keeping lawyers unemployed, I shall not name names but leave it to the reader to guess who I might have in mind.  Some of them are peerless, others not so.

Climate was less of an important topic when Feynman was alive but UFOs were.  The point of this quote is clear - Feynman was a true skeptic.  The fake skeptic denialists are certain they have shown anthropogenic climate change is impossible.  The proponents of AGW have demonstrated the idea beyond reasonable and scientific doubt.


“A philosopher once said, "It is necessary for the very existence of science that the same conditions always produce the same results." Well, they don't!”


“Of course, I am interested, but I would not dare to talk about them. In talking about the impact of ideas in one field on ideas in another field, one is always apt to make a fool of oneself. In these days of specialization there are too few people who have such a deep understanding of two departments of our knowledge that they do not make fools of themselves in one or the other.”

In other words, unless you are truly expert, don't act as if you were.

My opinion is that Feynman would have laughed the deniers out of court. He would have educated himself first, read some key literature and found out what was true, what was known and what uncertainties there were.  But he would have come down on the side of science against anti-science. He understood as well as anyone that science does find things out that are true and that plenty of science is settled.  He wasn't stupid, like the ordinary fools he met on many of his working days.