When I were a lad, I played with Weebles.  Those were the toys that, famously, wobbled but never fell down.
Lord Christopher Monckton reminds me  of a Weeble.  No matter how often he is shown to be wrong (I could fill this post with links but I am sure you can Google Monckton debunked, Monckton wrong and any number of synonyms), he keeps coming back without changing so much as one full stop of his discredited fake science.

But this being the season of Halloween, he reminds me of a zombie as well.  Sucking the flesh of the living, Monckton does not seem capable of academic death.  He cannot be killed because his science is literally undead. 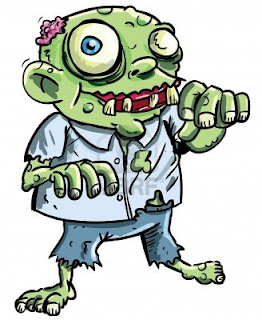 So you don't have to go to WattsUpWithThat, I have archived Monckton's latest drivel here.

So far as I can tell, Monckton is bigging up Murry Salby, the sacked academic:


His lecture, a simplified version of his earlier talk in Hamburg that was the real reason why spiteful profiteers of doom at Macquarie “University” maliciously canceled his non-refundable ticket home so that he could not attend the kangaroo court that dismissed him, was a first-class exercise in logical deduction.

If I were Macquarie, I wouldn't give this flea of a fake scientist the time of day, but I might want to instruct my lawyers to inform Monckton that what he is saying is untrue.  In fact, as soon as the real story came out, that Murry was a serial offender, the deniers went just a tad quiet about Salby and his status as a martyr.

But the fact, no matter how Monckton wants to portray it, is that Salby is categorically wrong.  Better minds than mine have shown this.  Have a look here where Tamino points out that:

The point Salby makes is that the rate of change of atmospheric CO2 is strongly related to factors like temperature (especially temperature). Knock me over with a feather! We already knew that, and people who study the carbon cycle areseriously unimpressed. He then claims that if temperature influences short-term changes in CO2, it’s natural to expect that it would influence long-term changes. Remind you of anything?
What Salby does not explain is this: total human emissions of CO2 from fossil-fuel burning are far larger than total CO2 increase. In fact, the CO2 increase has only been about half of human emissions. So, the net emission from other sources has been negative, while atmospheric CO2 has been rising. It’s especially ironic that Salby offers up a “bank balance” analogy when it’s obvious he himself has failed to do the simplest possible accounting of the carbon budget. 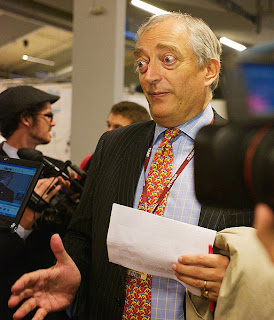 And this is where the Weeble/zombie analogy comes in.  Because denialism/contrarianism does not proceed by making new discoveries, it is forever recycling the old arguments.  Science, on the other hand, accumulates new findings, incorporating them in existing theories or using them to build new ones.  Denialists almost by definition are trapped in their personal philosophy.  They cannot escape unless they admit to being wrong and that's not a likely event with an ego the size of Monckton's.  Because it is more full of holes than a teabag, Murry's ideas don't really deserve to have been presented before any audience, let alone parliamentarians (who, let's face it, would be better served listening to climate scientists who haven't been sacked for pretty serious offenses, such as refusing to teach, using University credit cards while suspended and so on).  Still, it occupies the time of Monckton and stops him selling shirts or puzzles or whatever else he is working on at the moment (how's Obama's birth certificate looking, Chris?).

Mind you, I am not sure I'd want to go to see Salby talk.  He has the charisma of a speak your weight machine and his tour included this salubrious location:
The tee shirts must have sold like hot cakes.
Posted by Catmando at 12:56