Apparently unfunny cartoonist Josh (aka Tosh in my house) reckons this (I'm using it to illustrate my point) makes understanding the climate controversy easier. 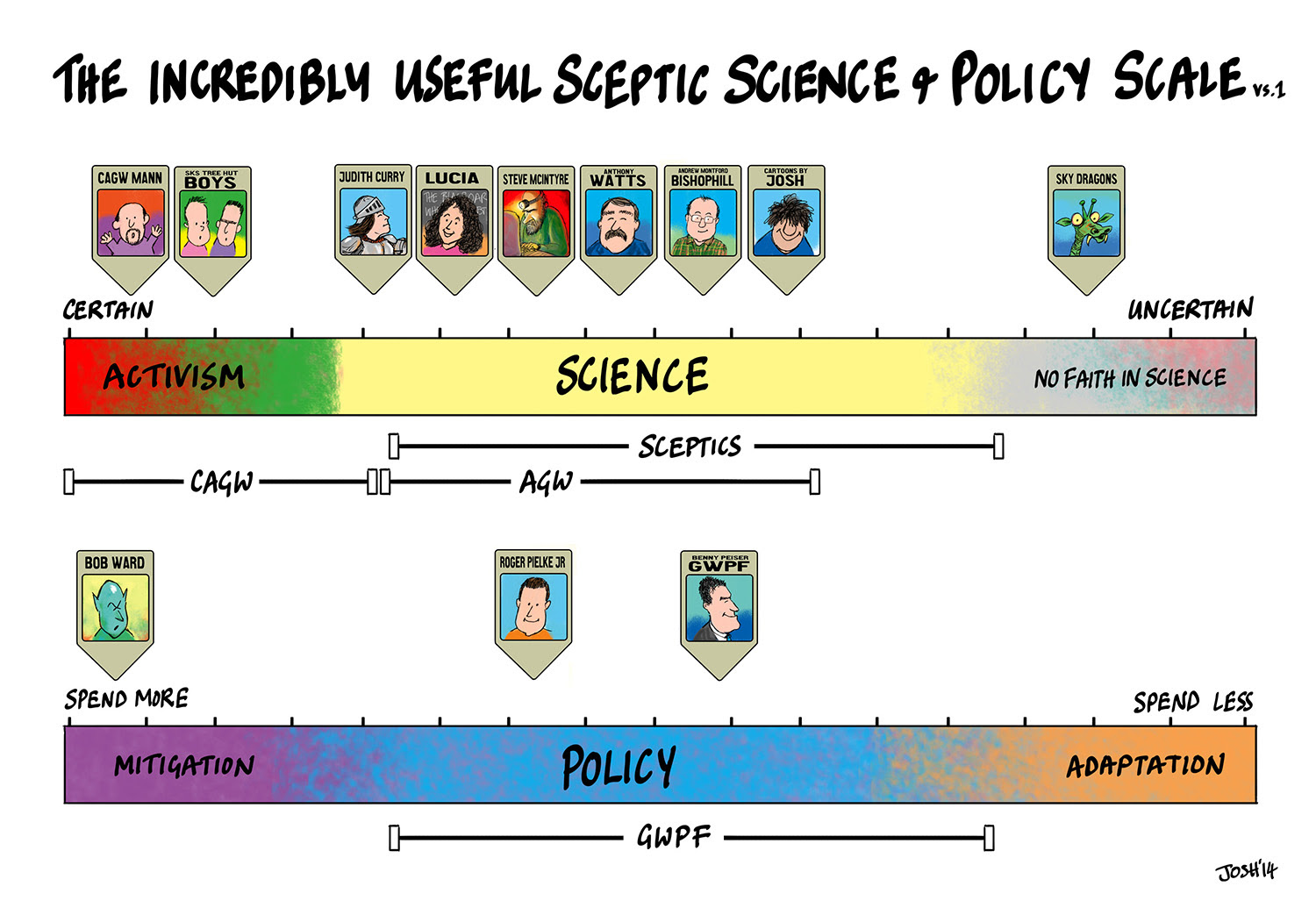 Activism is not at the far left end of the scale at the top.  Otherwise most of the bunch in the middle would be in that category.

And mitigation and adaptation are policies while policy on its own is meaningless. And adaptation doesn't necessarily mean spending less.  It probably means spending more, just that our grandchildren pick up the tab.

More rubbish, I'm afraid, from WUWT which is just what you'd expect.

So let's be honest and call it propaganda.

Updated to correct some spellings and change slight wording in the second set of brackets in the first sentence.
Posted by Catmando at 00:49