A frosted window into academia

Update: I missed this at the time.  I know it's a rhetorical question but I will give it an answer.


I wonder how many more letters like this we will see after AR5 is released. – Anthony

Well, firstly, lots, because the sort of grumble this email uncovers is going to be fairly common.  But I suspect Anthony is wondering if there will be a bunch of resignations because of AR5.  There might be one or two but I suspect they will be the usual suspects, if you know what I mean. Most scientists won't be writing this sort of complaint because of AR5.

Our ever giving friends at WUWT have linked to a site I'd never heard of before, Pascal Junod, which has put up a resignation letter from a Swiss PhD student.  Or a PhD student at a Swiss institution.  Or perhaps not.  Pascal Junod accepts it as genuine, more or less, but admits that the email address on the original might be spoofed.

The complaints in the letter are about as illuminating and novel as a Toc H lamp (now that dates me):

Was it ever thus?

1  Unless you were lucky enough to be rich, like Charles Darwin, or in a cloistered community, like Mendel or Copernicus, scientists have always needed to find some source of funding.  Galileo, Kepler, Brahe, all had patrons who pushed cash their way.  Something has to pay the bills.  It is not a hobby, it is a job and academics should not be criticised for trying to find ways to make what looks like a hobby to some keep food on their tables and roofs over their heads.

2  Humans tend to live and congregate in hierarchical organisations.  These require someone to oversee those lower down the pyramid.  It appears to be a fact of human nature, though some will argue that.  Some people prefer management to academic research and should not be criticised for that.  Some find that, to afford those things they always desired - a house, for instance - that taking a management position gives them the extra salary.  Nothing new here.

3  This is a time immemorial complaint too.  Without checking, I can comfortably predict that those sculptors working in first century Rome had apprentices who were learning their jobs by doing a lot of work for their masters.  The confusion over who painted what by the Grand Masters is another example of masters and students doing much the same work, at the same time.  Besides, when you get your PhD you are not necessarily going to be spending all day on your favourite problem - you might have to do something else that is funded.  See 1 above.

4  Of course original ideas can be risky.  One of the problems for idealistic graduate students is that they are on the way to accumulating the skills required to sift the wheat from the chaff in such a way that a risky idea is properly evidence and arguments for it are marshalled carefully.   The fact that there are dozens of risky, seemingly idiotic ideas around suggests that scientists are not afraid of risky ideas after all.  For reasons that are not always scientific, I am not convinced by these ideas that have been proposed by genuine and credentialled scientists: multiple universes, faster than light travel, morphic resonance, string theory, branes, Boltzman brains, panspermia. 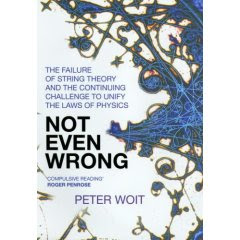 5 To mix risky ideas and following trends, didn't a lot of young scientists join the rush to study string theory.  Peter Woit and others have since criticised string theory and demonstrated, to my satisfaction at least, that it is almost certainly not correct in scientific terms, but it is not a scientific dead end.  No avenue of study is, because we can always learn from them.  But scientists will often head for where the exciting discoveries are being made.  Why not?  Humans seem to seek thrills, be they roller coasters, bungee jumping or watching sports on TV.  If you don't think science can bring thrills, then read Richard Feynman's memoirs. 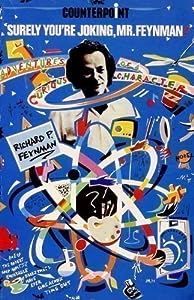 6 Unfortunately, humans also like to measure things. Without it science would be stamp collecting. With it science becomes much more powerful. Managers, bean counters and those around the world who like to know what your reputation is like will want to know what impact your research has had. So you will find that people who want that information will find a way to find it, and counting citations is one way. It is crude, because you could publish to huge fanfare a rubbish piece of science and it becomes readily cited as it first gets debunked and then gets used as a warning of how not to do science.

7  If the anonymous PhD student has not heard of them, I point him/her (from the language I would suspect it is a him but there is no evidence other than that the tone suggests masculinity) in the direction of the Annals Of Improbable Research and the accompanying IgNobel Prizes, awarded annually for research that probably didn't need to be done but makes people laugh and then think.  A friend of mine once published on the origin of the name for the wart biter cricket, something I could have explained to him beforehand if only he had asked.  Pretty pointless but in the end, every little bit of research is important and who can say when its importance might be noticed.  I bet Mendel's overlords were a bit concerned that his pea experiments were of no conceivable use. They were making better peas.

pat says:
September 14, 2013 at 9:42 am
We see this every day, in every disciple, usually in front of a government panel pontificating absolute nonsense as gospel, with a certitude bordering on fanaticism.

If anyone can translate this in English, I would be most grateful.

noaaprogrammer says:
September 14, 2013 at 10:00 am
The grad student wrote: “While I could give a multitude of reasons for leaving my studies – some more concrete, others more abstract …”
What he goes on to state is true, but I would like to know all of the factors as he honestly admits that there are more reasons why he is quitting. If possible, I would urge him to put up with the system until completion, and then work to reform it within his own sphere of influence.

Hang on a minute.  Someone has noticed something.  All the gripes the student gives are pretty generic.  The real reason for resignation isn't given.  The list is all contributory factors and not the prime cause.  I am prepared to bet that there is something more personal as a reason for giving up so close to the finish line.  Perhaps, like Dr Brian May, Queen guitarist, he had a better offer.  Perhaps, like a good many, he could foresee only failure.  I don't know, but I am willing to bet that the frustrations given are something of an excuse.  After all, it looks as if they wanted to research something else, were given a project to do that they didn't want to do, perhaps had an unsympathetic supervisor who has a bit of an ego that needs massaging frequently.  Perhaps our complainant wasn't willing to comply just for the sake of getting the extra letters.  If that's the case, say so.  If not, well.  I am speculating but I am doing what sceptics do. Look for alternative explanations and then accept the one that most closely fits the evidence.

Academia is imperfect.  My short time spent in it was amusing but perhaps not particularly illuminating.  Never mind.  My Italian professor was more interested in researching the undergraduate females than he was in the sociology of health that was his stated field of research.  But there you go. No one ever said it would be simple.  To our ex-student, welcome to the real world.