Not long ago I came across the news that Sir Patrick Moore has died.  For as long as I can remember he had been one of the constants in my life.  I encountered him first on the BBC coverage of the Moon landings and picked up on his eternal monthly programme The Sky At Night.  As a bit of a dilettante astronomer, indulging my habit less frequently than perhaps I would have liked, I did not catch every programme but when I did it was never less than a fascinating watch. 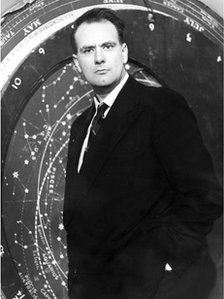 I guess the show will go on.  In recent years there has been a co-presenter, Chris Lintott, who does a sterling job, if slightly staid.  That's not a criticism because in a way Lintott was Wise to Moore's Morecambe - the straight scientist to the amateur eccentric.  Moore was never going to be just a presenter, just an astronomer because he was never just anything.  I think anyone who came through the war as he did saw things a lot more differently than those of us born into the concrete and asphalt world of the post-war dream. 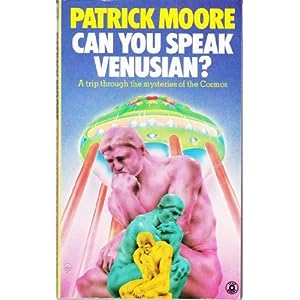 Over the years, as you might expect, I picked up a number of Patrick Moore books.  One I recall was Can You Speak Venusian? which somewhat inspired my interest in the skeptical side of things, killed any incipient beliefs I might have had in the Von Daniken/UFO world and made me a more critical thinker.  The book itself is the usual rapid and entertaining romp through some of the weirder beliefs on the fringes of science and pseudoscience.  Others have covered much of this ground in more detail, or more academically, with footnotes and references, but this book is entertaining and worthy.  It should be up there on the skeptics reading list along with The Demon Haunted World and Unweaving The Rainbow.

Inevitably too there were the more serious books on astronomy, the annual Yearbook (hat tip to my brother for getting me the first I ever had as a present for Christmas 1974), an edition of The Amateur Astronomer that is still a reliable source of information 20 years on, and many others.  Sometimes you didn't even notice that it had his name on the cover - you just took it for granted that it had to be.  It was astronomy, after all, and no one else wrote books like he did.

I shall not put any video clips here.  Search them for yourself because you will find so much to enjoy, so many hours of vintage TV from when TV was not thrust into your eyes but which you were invited to view.  The Sky At Night remained old fashioned because the sky will still be there tomorrow.  You don't have to rush it now.

In a way I had Patrick Moore in my blood from the moment I was conceived.  My dad tells me that he and my mum would watch The Sky At Night, then go outside to try to see what Patrick had just been talking about.  Lucky was I to have two parents who were both so enthused that when my enthusiasm flickered into flame, they knew where to point me to get the most out of the interest.  They point me towards Patrick Moore.
Posted by Catmando at 09:46