I am not sure whether I should thank Sou but I will.  I am ambivalent because, settling down to the first hour of the fourth Aussie/India test's final day, I check Sou's excellent blog and found a post on a science denier called Neil Catto at WUWT and did her usual excellent job with it.  An anonymous commenter opened up the pseudoscience can of worms by finding out more on the inestimable Neil Catto.  He is, let's put it this way, eccentric in science terms at least.

Perhaps I should go further.  He promotes a version of science that can easily be described as not consensus.  He runs a company called Weather Research (I am assuming that Catto is the "brains" behind this company) which, it would seem, doesn't do that much research on weather.  It claims to have done some research on the links between weather and buying patterns, which would seem straightforward.  It also claims to have done some research on genes.  If you don't believe me, head over to its website.

Well, if you did and you have come back, let me take you on a tour of what are likely to be unsubstantiated claims.


Through 14 years of rigorous research we have discovered an innate weather-coping mechanism which is common to every living organism.

An innate weather coping mechanism?  I should warn you that the definition Catto claims for weather is not this:


the state of the atmosphere at a particular place and time as regards heat, cloudiness, dryness, sunshine, wind, rain, etc

It's a bit, sort of, unscientific.  It's more than that.  It is plain rubbish.  No one thinks the weather is air, heat, light and water.  It is a quality of those things.  And I can think of quite a few organisms that exist without light, D audaxviator might shake Catto's beliefs, found 2.8km down in a gold mine in South Africa.  Catto, it would seem, doesn't do much research in biology after all.  Especially since he claims that his amazing discovery is "common to every living organism".  Has he checked?  All of them?  Including the ones that haven't been discovered yet?  That might be tricky.

One of the hallmarks of pseudoscience is that it makes huge claims, mostly (perhaps always) unsupported by evidence.  I would love to know where the evidence is for Catto's claims.  Pub Med doesn't seem to include anything he has published on his wonder genetics discoveries.  You'd have thought the medical journals would want to know about genes that confer amazing benefits in terms of health and well-being:


That's rather a lot, and when you add to it the "226 primary, and 540 secondary weathergenes" that the company claims, you wonder why we haven't heard of all this before.  This man, his research and his company should be the wonders of the world, having Nobel Prizes and knighthoods conferred on him forthwith, if not sooner.

There's just one problem.  It sounds like bunk and it almost certainly is.  Having met a dodgy definition of weather, what on Earth is a weathergene?


Weathergenes are a specific set of genetic products encoded as genes which express the fundamental weather-coping mechanism.

Err?  What?  The "fundamental weather-coping mechanism" which probably doesn't exist has 776 genes associated with it in spite of the fact that:


The first form of life on Earth was likely to have been a very simple (bio)-chemical structure. As such the mechanism must also have been very simple.

776 is quite a chunk of the 20-25,000 genes in the human genome.  That's a lot of genes for something very simple but it could be true.  But what is a primary gene and what is a secondary gene?  And more than that, the definition of weathergenes doesn't make any sense.  They are genetic products (whatever that means?  Presumably proteins or RNA molecules) that are encoded as genes (in which case they are genes and as such made of DNA).  So, trying to translate, a weathergene is a gene.  Why not leave it at that?

I forget.  In the world of pseudoscience, a word cannot be allowed to have its well established meaning left alone.  Instead, a word's meaning must be contorted in order to make it sound more amazing, giving it more attractiveness and therefore entice the flies that normally buzz around this kind of manure.  So, in calling a garden implement and garden implement, a weathergene is a gene that codes for part of the spurious or not weather coping mechanism.

Now before I go on, there are genes that code for various adaptations that enable organisms to survive extreme weather conditions (or perhaps we should call that climate).  Those fish that survive in very cold waters off Antarctica are but one example.  If you want more, read The Making Of The Fittest by Sean Carroll.  It is an excellent book on the intricacies of genes and DNA.  I don't think Catto has read it.  If he did, he didn't understand much beyond the word "the" in the title. One reason I think Catto hasn't really found all this stuff comes in passages like this from the Weatherology website:


We have discovered a simple protein with remarkable properties. It changes its structure in two very distinct ways when stimulated by different weather conditions.
In light cycle mode* the protein expresses (shown within the chemical structure) an enzyme (e1), when activated by >photons, which then expresses a hormone (h1). This is a weak structure.
In dark cycle mode* the protein expresses a different enzyme (e2), when activated by <photons, expresses a different hormone (h2) and another compound (c1). This is a strong structure.
When light cycle returns (increased UV radiation) the strong bond is broken and the protein reverts to the weaker structure thus creating a bio-rhythm, a master switch on/off mechanism.

It's science, Jim, but not as we know it.  "The protein expresses an enzyme".  What?  "Which expresses a hormone"  From wiki: "Hormones have diverse chemical structures that include eicosanoids, steroids, amino acid derivatives, peptides, and proteins."   So the question for Catto is which kind of hormone?  And strong structure and weak structure.  This doesn't mean anything in the context of molecules really.

But, and here's the rub, Catto reckons that his mechanism is found, remember, in all organisms.  That's everything that's living (and one could argue that includes viruses).  But, and this is rather a large and fatal but:


This core protein and hence the weather-coping mechanism can be found in mitochondria cells.

Hands up who did High School biology.  Yep, that's most of my readership.  Keep your hand up if you studied biology at a more advanced level.  That's pretty much half of you.  Can you remember what a mitochondria cell is?  Nope.  Didn't think so.  Googling the phrase gave nearly 10 million hits.  But that's because Google looks for the two words in the same article, and it isn't hard to find them.  But the exact phrase?

A mitochondrion is an organelle - that is part of a cell. 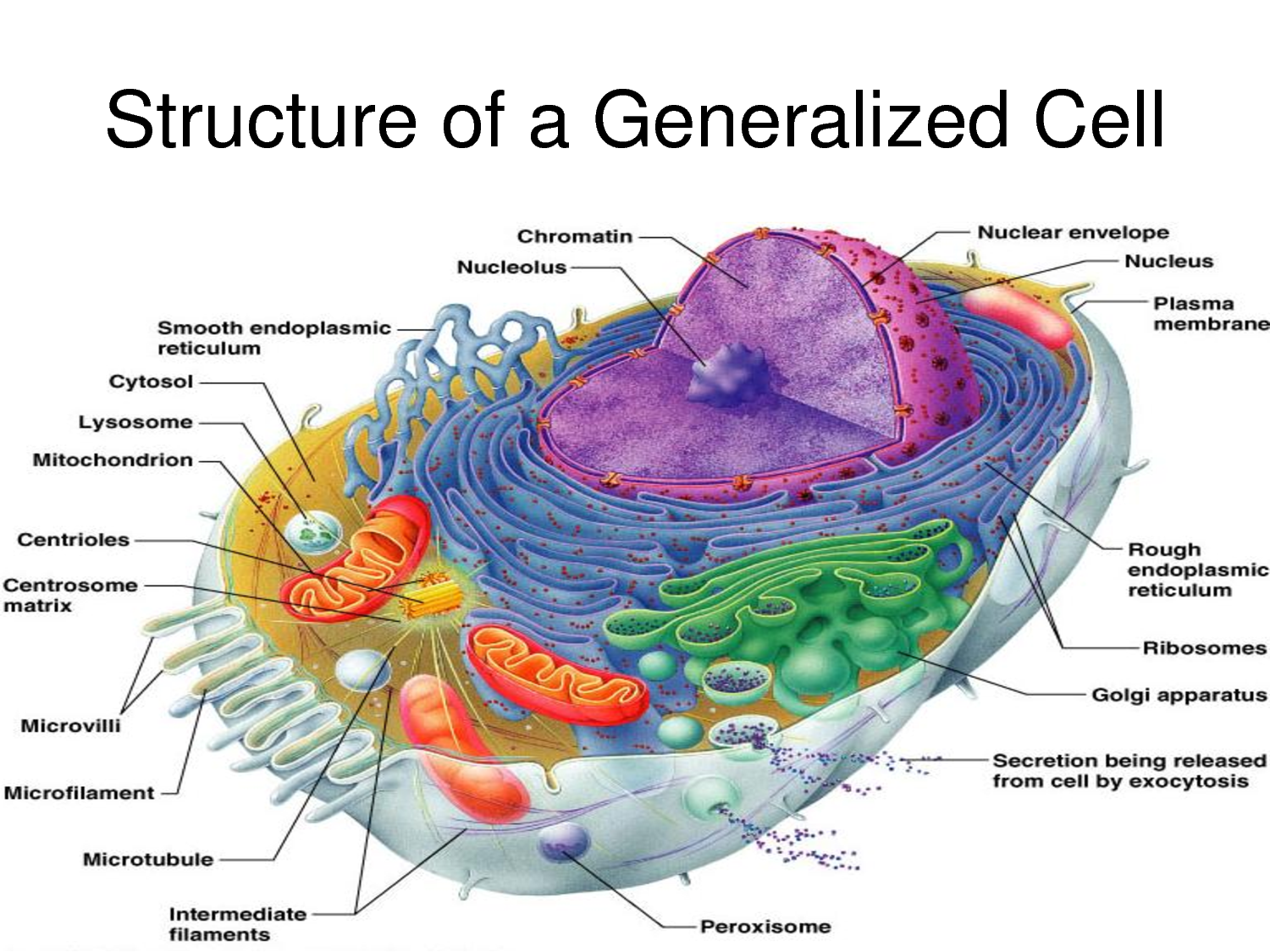 They are found in virtually all cells because they are the site of respiration, providing a cell with energy in a form that it can utilise.

Mitochondria probably arose as symbiotic bacteria, living inside a larger cell.  Mitochondria have their own DNA, the remnants of the DNA possessed by their free living ancestors.  Problem for Catto, and this is a fatal problem, is that it is established beyond any doubt that there are only 37 genes in the mitochondria of humans.  That leaves 739 genes that Catto says exists which don't seem to, not in the mitochondria anyway.  But Catto says that is where they are so someone must be wrong.

And I think that the one who is wrong is Catto.

To be honest, I am treating this much more seriously than I ought to.  Anyone with any knowledge of biology will know that Catto/Weatherology are just plain wrong from the get go.  One way to spot that is to remember that words with established definitions in science are not treated with that respect in pseudoscience.  And there are no links to any form of supporting evidence.  We either treat Catto's word as immutable truth or we realise it is entirely rubbish.

If you want real science, there are tons of excellent books covering genetics.  But only Nick Lane's book Power Sex Suicide, so far as I know, is a pop science introduction to what we really know about mitochondria. 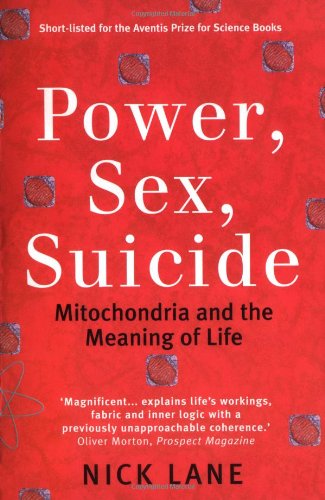 If Neil Catto happens along this way, I implore him to do three things.  Two of those are to read the two books I have indicated on this post.  The other is to learn from them and realise that talking rubbish is not the same as talking science.

And perhaps I should add, learn to write sense.
Posted by Catmando at 17:13