Saturday Funny - You're a denier if you believe this WUWT rubbish

Anthony Watts, so far as I can tell, has no sense of humour.  Like lots of men on a mission, he prickles at the slightest criticism and senses neither the irony nor the hypocrisy of his multiple positions (eg his hatred of tobacco and willingness to overlook the links between tobacco and the climate denial scam - see Merchants of Doubt).

But Anthony likes to post "funnies", usually cartoons by his favourite doodler, Tosh.  For example:
And sometimes there is a thing on Anthony's execrable site labelled "Friday Funny".  Yesterday it was You're a climate denier if... (archived) by guest blogger Mark Heyer.  If you're looking for something to tickle your funny bone, try elsewhere.  Like here, for example.  Nope, Mark Heyer, on this evidence, wouldn't know funny if it hit him in the face with a fish.


You believe that the atmosphere has continued to warm for the last 17+ years despite rapid growth of CO2. 97% of real climate scientists acknowledge that it hasn’t. They call it the “pause” or “hiatus” although there is no scientific evidence that warming will pick up again or when.

Not a good start.  "You believe ... despite rapid growth of CO2".  I have put the key word here in bold.  Surely it should be "because" of rapid growth rather than "despite".  I think Mr Heyer has got this arse about face.  He doesn't believe despite the rapid rise.  I wonder if language is Heyer's first language.

And while we are at it, surely the correct word following "You" should be "accept" because science is about evidence and what that tells us and not what an individual scientist believes, unless, of course, you are  Roy Spencer or any of the other theological dimwits who signed the Cornish Pasty Alliance jape.

And 97% of real climate scientists...?  Where did that number come from?  Not Heyer's face, obviously.  He made it up (unless he can produce a citation for me) because it is the same number as Cook2013.  Real climate scientists?  I think we can be sure that this piece is bilious nonsense inspired by denialism and not intended in the slightest to be funny.

We know why Heyer chose 17+ years as well.  It takes up back to 1997, the year before a large El Nino gave a record high global temperature.  But no warming since then?  Think not.  And the 1998 record has been beaten, but that's no so funny so he doesn't bother to mention that.


If you believe that the observed West Antarctica warming is caused by warming of the atmosphere. Recent studies show that the heat is coming from volcanoes below the glacier. Besides, air temperatures in the area are far below zero. Ice doesn’t melt in subfreezing air.

This is worrying.  Which glacier are we talking about?  The whole of the West Anarctic isn't one glacier.  And look at this diagram to see that melting doesn't have to come from the atmosphere (and, indeed, the diagram doesn't even mention atmospheric melting):

And volcanoes?  If you want to know more (and Heyer probably doesn't), you can go here for education and outreach.  I think Heyer is a little misled if he thinks that the widespread warming is influenced so strongly by volcanoes.  And even Heyer's own image doesn't back up his assertion (not to mention no citations, but that is standard for this).


If you believe that 97% of climate scientists support the claim that global warming is driven directly by man-made CO2. It is true that 97% believe in climate change, which is the question they were asked, which is like asking them if the sun rises in the morning. Far fewer agreed with the man-made warming question and few of them agree on the details.

My heart bleeds because I am forced to put my own hand up and say that I am a denier denier.  Well, sort of, because I am not sure that Heyer has it right but he certainly doesn't have it right in the second sentence.  In reference to Cook2013, which this refers to without attribution, we know that climate scientists and the raters of the abstracts were pretty much in agreement and the figure of 97% is well evidenced.  But it wasn't the same as asking them if the Sun (capital letter please, it is a proper noun) rises in the morning.  But no citations from Heyer.  Fill in your own reason for that.


You believe that climate models accurately represent the climate of the earth. They don’t. Even the scientists who run them and the IPCC agree that they cannot predict the future of the climate. This is now obvious to everyone since they totally failed to predict the leveling off of atmospheric temperatures since 2000.

There is considerable confidence that climate models provide credible quantitative estimates of future climate change, particularly
at continental scales and above. This confidence comes from the foundation of the models in accepted physical principles and from
their ability to reproduce observed features of current climate and past climate changes. Confidence in model estimates is higher
for some climate variables (e.g., temperature) than for others (e.g., precipitation). Over several decades of development, models
have consistently provided a robust and unambiguous picture of significant climate warming in response to increasing greenhouse
gases.

I think that is pretty definitive a statement of computer models are actually pretty good but there are caveats.   Of course there are caveats.  Scientists are trying to learn and honing their skills and the models all the time.  What deniers want, as shown by the "they totally failed to predict" sentence, is perfection.  They want the models to give the weather for 4 July 2076 so they know whether to pack an umbrella for the tricentennial celebrations.  Time for deniers to look at the real world.  For a calm voice on computer models, see SkepticalScience.


You think that climate models accurately model the behavior of greenhouse gasses in the atmosphere. They don’t. They are completely unable to model the behavior of 97% of the greenhouse gas, water vapor and clouds. The dire predictions of runaway global warming from CO2 were based on the conjecture that water vapor would amplify the effects of CO2. The lack of recent warming while CO2 continues to increase shows clearly that water vapor is either neutral or in fact suppresses the warming from CO2.

Oh, look.  It's the previous point repeated, just with a different set of pseudoevidence.  And there is that 97% number again.  Where did that one come from?  Not out of his face, I'll bet.


If you believe that around 2000, CO2 magically changed its mind and decided to warm the oceans instead of the air. Some scientists speculate that this is the case but there is little or no hard science to support the notion. Some even speculate that the heat is going into the deep oceans, even though there is no way to measure it or find it.

Well, genuine scientists know that CO2 doesn't magically do anything and many have spent time trying to understand why the rate of heating did change.  They are doing what scientists do: try to understand the world around them. It is incredibly impolite for Heyer to type this paragraph in the face of recent research.  I won't cover it here, I'll give Sou some traffic, but suffice to say that modern methods are measuring the heat content of the oceans.  So I think we can put this one down to ignorance.


You believe that man-made global warming is causing climate disasters. The International Red Cross reports that natural disasters are at a ten year low. Tornado and hurricane activity have also been at near record lows.

I don't know about you, but here in the UK we're starting to get used to the tail end of hurricanes ripping across our country.  It happened last October (I was up at 5.30 helping my dad's neighbour with his disintegrating fence when the storm struck) and it happened again this month.  Now, I know it has happened in the past but it feels like the phenomenon is both more frequent and stronger.  It will be up to someone else to examine if there is a trend, but that's what scientists do.  For Americans, of course, a hurricane doesn't count unless it wipes out a big American city, like Miami.

But, of course, reality is not what deniers deal in, and Sou, once again (I don't know how she does it but she nails these guys - they are almost always guys - time and time again), shows what Anthony and his cronies don't want his readers to know.  Reality isn't the same as the deniers' cherry pick.

And, with that perfectly practiced lack of irony that deniers and pseudoscientists the world over have, Heyer finishes with his side splitting pant wetting punchline:


Don’t be an anti-science climate denier.

As a piece of humour, this one is pushing up the daisies.

From the comments:
Chip Javert says:

Actually, it’s nice to see claims about climate change backed up by facts.

Chip must have been reading a different article or failed his reading for understanding tests.

Without the graphs they’re merely statements. I ALWAYS want the evidence shown – even for a humorous piece.

And Frank doesn't know the meaning of the word humourous.


I learned a long time ago to never argue religion with a true believer. No matter how much information you have, it’s just beating your head against a brick wall.

And then adduces this cartoon to support what he is saying, without actually understanding what the cartoon is truly pointing out:

My word, deniers are humourless and ignorant*.

So this week's Friday funny turned out to be anything but.  Perhaps Heyer could read this: 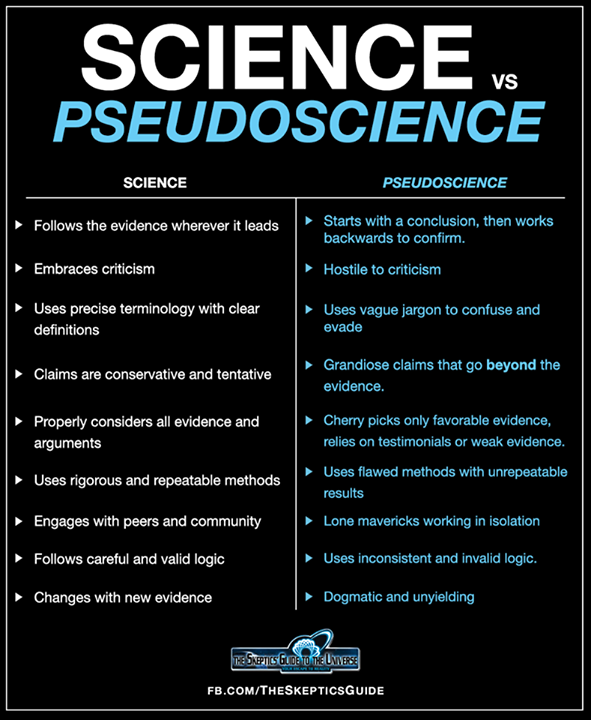 *For any deniers who don't get this cartoon, science is represented by the man in the lab coat and deniers by the schmuck in the baseball cap.  Science has its established truths which the denier is stating (not arguing) are not true.  Just because a denier says it isn't true doesn't mean that it isn't true.  Heyer exemplifies the Schmuck case.  Now do you get it?