A challenge to climate science deniers

In November of that year a nicely green coloured volume hit the bookstores and just as quickly left them.  Not because it was withdrawn but because its initial print run was sold out on the first day.  It was rapidly reprinted, almost as rapidly went through a number of editions and remains easily available to this day.  Few scientific books are accorded this status but On The Origin Of Species is a bit special. 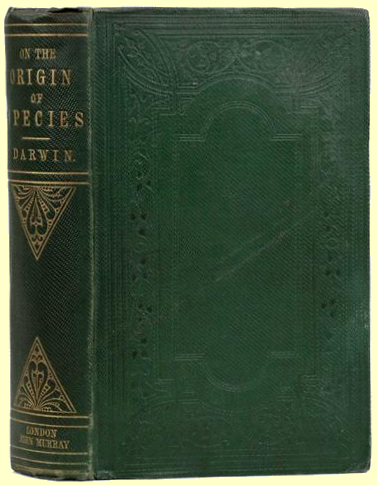 As science, much of what Darwin wrote has inevitably been superceded. New discoveries have been made that add to the book, ensuring that the central thesis has been strengthened.  In spite of that, many people around the world deny that evolution is a fact.  It is only a theory, they parrot, in the ignorance of what it means to be a scientific theory.

More quietly, but at the moment just as controversially, the Anglo-Irish physicist, John Tyndall, was measuring the behaviour of the constituent gases of the air and the manner in which they absorb infra red radiation.  As we well know, this is the empirical underpinning of our understanding of the role of carbon dioxide in climate change.  If Tyndall could perform the necessary experiments 150 years ago, it is not beyond the wit of the pseudoskeptics to perform the same experiments today and repeat Tyndall's results.

The point is simple.  It is beyond reasonable doubt that carbon dioxide and water vapour absorb infra red radiation.  Something has to happen to that energy.  Absorbed thermal energy raises the temperature of an object or material.  That bit of physics is undeniable.  So, and here is my challenge: why do deniers think that increasing carbon dioxide in the atmosphere doesn't have an effect?

It would be weird if it didn't.  There are few things that can happen to any system when a factor is altered: a dependent variable can go up, go down or stay the same (I realised there are some other possibilities involving curves but initially a curve goes either up, down or remains the same).  So I really would like to know why some climate science deniers think that increasing carbon dioxide in the atmosphere doesn't have any effect on temperature.  In fact, I am totally mystified why anyone would think that.

Now, I understand that a laboratory situation is not a perfect model of the entire climate of the Earth.  I am not stupid.  I can see that.  My point is simpler: how can some climate science deniers continue to deny that increasing carbon dioxide concentrations in the air do not have an effect on the energy balance of the world.  If the science of climate change is settled in any arena, the basic physics of the greenhouse effect is surely that.

So if any climate science deniers/fake skeptics etc do pass this way, can they explain their thinking on this matter.  It is clear that carbon dioxide concentrations have increased.  I don't think anyone really denies that.  So there should be an effect on temperatures and, lo and behold, that's what the temperature record says.  No amount of sophisticated (and less than sophisticated) trickery will hide the incline.  It is there.  Even in Anthony Watts's favourite temperature record, BEST, it is there.  [NB. It was Watt's favourite up to and including the moment when the data used by BEST showed that temperatures were indeed rising.]

I realise that I can be countered by those referred to as luke warmers.  These are the deniers who accept that carbon dioxide does what it says on the tin but it isn't a problem.  Sit back and enjoy it.  I'm not interested in that argument.  It isn't relevant to this.  I'd like to know why some people won't accept that global climate change is the result of carbon dioxide increasing because that's what the physics predicts it will do.

Now, over to you.

And while we wait for the deniers to get back to me, here are some of the other highlights of 1859:

Oregon became the 33rd of the United States of America
A Tale Of Two Cities is published
Construction begins on the Suez Canal
Charles Blondin crossed the Niagara Falls on a tightrope for the first time
Big Ben chimed for the first time
Svante Arrhenius was born (he did more work on climate change well before Anthony Watts was a twinkle in Papa Watts's eye)
Sir Arthur Conan Doyle was born
Isambard Kingdom Brunel dies
Posted by Catmando at 14:11